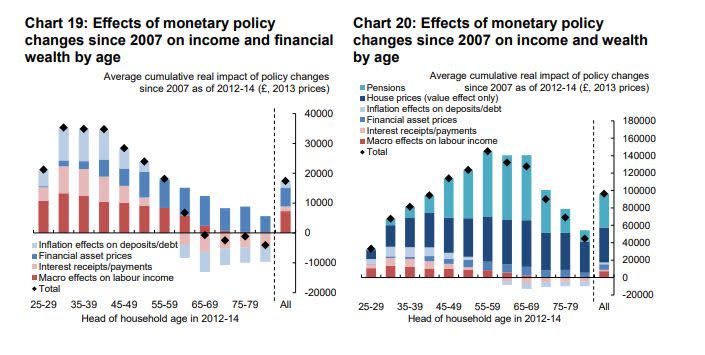 … meanwhile, inequality in the US remains more of an issue.

Observers paint the picture of an increasingly dysfunctional society.

And they point to the relevance of inequality for political polarization and accountability.

In a paper, Reto Föllmi and Isabel Martínez document trends in income and wealth inequality in Switzerland over the last 100 years.

Daniel Hug reports in the NZZaS (figures below taken from NZZaS).

Data (World Wealth and Income Database, based on tax records). 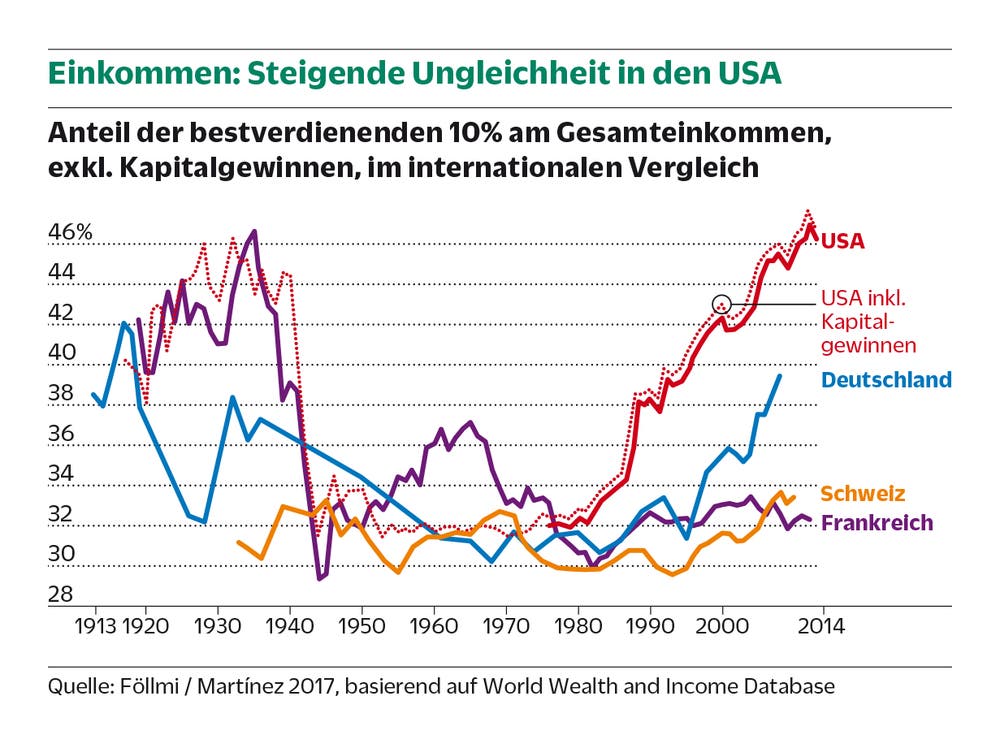 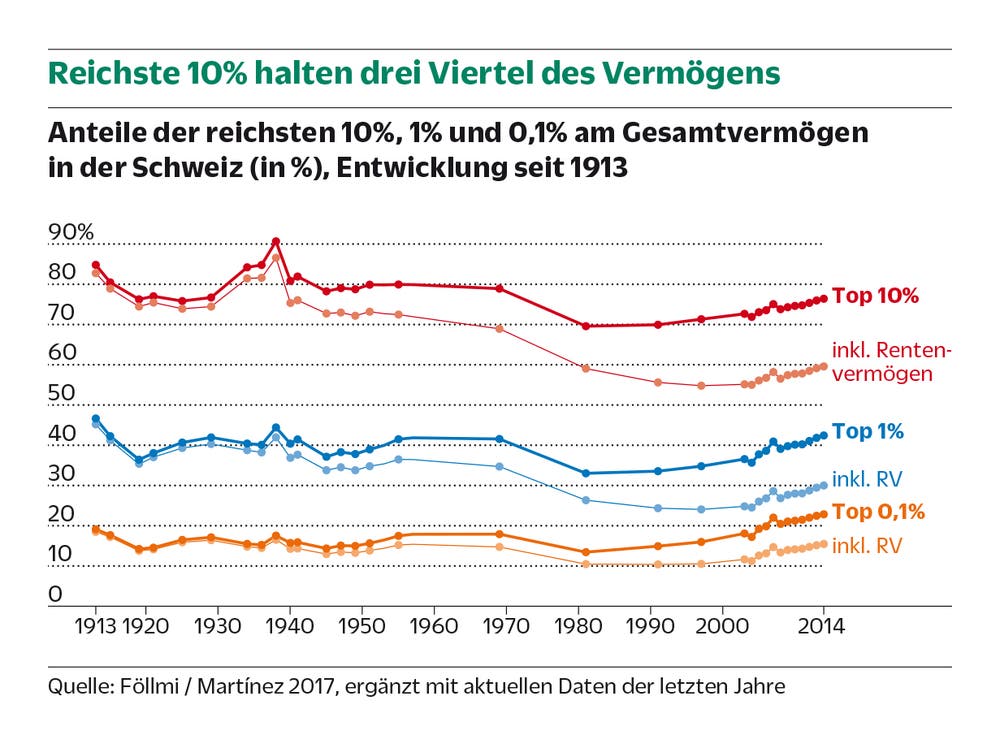 That’s what Gerald Auten and David Splinter argue in a paper from last year.

… new estimates of top income shares using two consistent measures of income. Our measure of consistent market income includes full corporate profits and adjusts for changes from TRA86, including changes to the tax base and increased filing by dependent filers. In addition, we include employer paid payroll taxes and health insurance and adjust for falling marriage rates. The effect of these adjustments on estimated top income shares are dramatic. Using a consistent measure of market income shows that the increase in income shares of the top one percent since 1979 is about half of the PS unadjusted estimate. The increase since 1960 is about one-quarter of the unadjusted estimate. Moreover, our measure of broad income that includes government transfers reduces the top one percent share increase to one-tenth of the unadjusted estimate.

But in an NBER working paper, Annette Alstadsaeter, Niels Johannesen, and Gabriel Zucman argue that tax evasion and offshore wealth holdings work in the opposite direction:

Because offshore wealth is very concentrated at the top, accounting for it increases the top 0.01% wealth share substantially in Europe, even in countries that do not use tax havens extensively. It has considerable effects in Russia, where the vast majority of wealth at the top is held offshore. These results highlight the importance of looking beyond tax and survey data to study wealth accumulation among the very rich in a globalized world.

The World Wealth and Income Database.

On VoxEU, Gianni La Cava summarizes his research on the secular rise in the housing share of US income.

In the US national accounts, income accruing to the housing sector is measured as ‘net housing capital income’, or simply, net rental income (i.e. gross rents less housing costs, such as depreciation and property taxes). This measure includes rental income going to both owner-occupiers (imputed rent) and landlords (market rent). The very detailed nature of the Bureau of Economic Analysis’ regional economic accounts allows for similar estimates of housing capital income to be constructed for each US state spanning several decades. …

The owner-occupier share of aggregate income has risen from just under 2% in 1950 to close to 5% in 2014 … . The share of income going to landlords (i.e. market rent) has also doubled in the post-war era. But, in aggregate, the effect of imputed rent is larger … because there are nearly twice as many home owners as renters in the US economy. …

… the long-run rise in the housing capital income share is fully concentrated in states that face housing supply constraints.