A Fine Theorem offers a very nice description of their work.

Event directory with links to videos and summaries.

In an NBER working paper, Geoffrey Heal discusses some aspects of the energy transition to come.

the likely net investment required to go carbon-free is now as little as $0.179 trillion

renewable power from wind and solar PV plants is now less expensive than power from gas, coal or nuclear plants … If it were not for the intermittency of renewables, we would save money by converting to clean power.

the social benefits from stopping the CO2 emissions from coal and gas in power generation in the U.S. amount to $200bn annually, roughly an order of magnitude greater than the costs. Furthermore, these benefits will continue for ever, whereas the costs are fully paid by 2050. … As greenhouse gases are a global public bad, many of these benefits will accrue to countries other than the U.S.

Carbon taxes only delay the extraction of fossil fuels except for those fuels whose marginal extraction cost is sufficiently high such that extraction cost plus tax exceeds the cost of alternative energy sources:

[in the Hotelling setting] the tax either has no effect at all on the cumulative consumption of the fossil fuel, or it drives it out of the market completely.

The marginal social cost of power from renewable sources is close to zero, as wind, solar and hydro all have essentially zero operating costs. So we would need much lower power prices to provide the correct incentives to use clean power rather than fossil fuels.

The classic response to this conundrum has been to recommend two-part tariffs, with a fixed charge or connection or membership charge recovering the fixed costs and a usage tariff covering the variable costs.

Britta Glennon reports in an NBER working paper that the two go together.

Skilled immigration restrictions may have secondary consequences that have been largely overlooked in the immigration debate: multinational firms faced with visa constraints have an offshoring option, namely, hiring the labor they need at their foreign affiliates. If multinationals use this option, then restrictive migration policies are unlikely to have the desired effects of increasing employment of natives, but rather have the effect of offshoring jobs. Combining visa data and comprehensive data on US multinational firm activity, I find that restrictions on H-1B immigration caused foreign affiliate employment increases at the intensive and extensive margins, particularly in Canada, India, and China.

Colleague, co-author, visionary. Assar remains a role model. He was curious, open minded, and incorruptible. He didn’t need to prove himself or that he was correct (politically and otherwise), all he wanted was to contribute and learn. He was a generalist, both in economics and beyond. He exposed nonsense and shaped policy. He will be sadly missed.

In memory of Assar Lindbeck.

The Sygnum Digital Swiss Franc (DCHF), which is pegged on a 1:1 basis with the fiat currency, was used to complete a payment for an Apple iPad at Digitec Galaxus, Switzerland’s largest online retailer. Coinify, a digital currency platform provider, enabled the sale to take place.

Sygnum is different from Tether etc. because it is a regulated bank. Accordingly, DCHF corresponds to a monitored currency board.

The new Global Sanctions Database covers bilateral, multilateral, and plurilateral sanctions from 1950 to 2016.

A new report by the Committee on Payments and Market Infrastructures lists 7 types of frictions and 19 focus areas to address these frictions.

In its annual economic report, the BIS further warms to the idea that CBDC is a key part of central banks’ response to financial innovation.

On Alphaville, Claire Jones and Izabella Kaminska discuss privacy issues related to CBDC. In the background, Kocherlakota’s “Money is Memory” is lurking.

Is macroeconomics useful? Of course. To make the point, academics must regain the interpretative high ground from market commentators. While it helps when policymakers understand fundamental macroeconomic concepts, it is equally important for the general public to grasp them. More, and how this relates to the new textbook, on VoxEU.

Stonehenge is tiny. Dalya Alberge reports in the Guardian.

Quality, not subject or object, as the elementary fabric. ἀρετή. A rehabilitation of the sophists.

God, I don’t want to have any more enthusiasm for big programs full of social planning for big masses of people that leave individual Quality out. These can be left alone for a while. There’s a place for them but they’ve got to be built on a foundation of Quality within the individuals involved. We’ve had that individual quality in the past, exploited as a natural resource without knowing it, and now it’s just about depleted. Everyone’s just about out if gumption. And I think it’s about time to return the rebuilding of this American resource – individual worth. There are political reactionaries who’ve been saying something close to this for years. I’m not one of them, but to the extent they’re talking about real individual worth and not just an excuse for giving more money to the rich, they’re right. We do need a return to individual integrity, self-reliance and old-fashioned gumption. We really do. …

What is good, Phaedrus, and what is not good – need we ask anyone to tell us these things?

In Zen & the Art of Motorcycle Maintenance, Pirsig first explored the history of the term ‘Quality’, or what the Ancient Greeks called arête, tracing it all the way back to Plato (428-348 BCE). He concluded that the strange position of Quality in today’s West originated with Plato’s division of the human soul into its reason and emotion aspects, in his dialogue the Phaedrus. In this dialogue, Plato gave primary place to reason over emotion. Soon afterwards Aristotle was similarily emphasizing analysis over rhetoric. And as Hugh Lawson-Tancred confirms in the Introduction to his 1991 translation of Aristotle’s Rhetoric: “There are few things that are more to be deplored in Greek culture, and notably in the legacy of Plato, than the wholly forced and unnatural division between… [the] two sister studies” of rhetoric and philosophy (p.57). Eventually this division grew into the ‘subjective versus objective’ way of thinking now largely dominant in the West. So now in the West we have objectivity, reason, logic, and dialectic on the one hand; and subjectivity, emotion, imagination, intuition, and rhetoric on the other. The former terms suggest scientific respectability, while the latter are often assumed to be artistic terms, having little place in science or rationality. It is this Platonic conception of rationality that Pirsig sought to challenge by reconciling the spiritual (for example, Zen), artistic (for example, art) and scientific (for example, motorcycle maintenance) realms within the unifying paradigm of the Metaphysics of Quality. …

Plato was perhaps a little too over-confident in how usable his theory of Forms is in practice. I wonder if it ever crossed his mind that his mentor, Socrates, might have been hinting to him and the other young philosophy students in Athens that the Good and Beauty are actually indefinable? The idea of Forms was, of course, invented by Plato, not Socrates. Unfortunately, as a consequence of Plato’s thinking that reality can be basically defined, Western philosophy is in the state that it is in today: more a handmaiden of science rather than its master. Assuming that words can capture all aspects of reality is an understandable error to make at the very beginning of the Western philosophical tradition… but having said that, it was a metaphysical error avoided by East Asian philosophy. Think about Plato’s allegory of the Cave of Ignorance and escaping from it to see the Sun of the Good, then compare it with the following quote:

If you think about it long enough, then you’ll see that there was no ‘Cave of Ignorance’ until Plato put Western culture inside its metaphysical darkness for 2,400 years!

Obituary by Paul Vitello in the New York Times:

One of Mr. Pirsig’s central ideas is that so-called ordinary experience and so-called transcendent experience are actually one and the same — and that Westerners only imagine them as separate realms because Plato, Aristotle and other early philosophers came to believe that they were.

But Plato and Aristotle were wrong, Mr. Pirsig said. Worse, the mind-body dualism, soldered into Western consciousness by the Greeks, fomented a kind of civil war of the mind — stripping rationality of its spiritual underpinnings and spirituality of its reason, and casting each into false conflict with the other.

Obituary by Michael Carlson in The Guardian.

On his blog, John Cochrane comments on Harald Uhlig’s tweets and the reaction by Janet Yellen (AEA), other established economists, the Chicago Fed, and the JPE.

In the comments, one person provides additional information and another links to the list of signatories.

On VoxEU, Refet Gürkaynak and Deborah Lucas argue in favor of helicopter drops to finance the fiscal burden due to Covid-19 and they propose an elegant way to implement such drops without undermining the central bank’s equity position (if regulators accept accounting tricks).

Censorship resistance is the only way to guarantee that a digital asset truly is “bearer” and can be sent directly from one person to another without reliance on a third party. Cryptocurrencies achieve this property by making network participants (miners) compete for the power to add transactions to the ledger. Even if some miners wish to censor a transaction, we assume that others will not, particularly if it means they are forgoing fee revenue. A centralized digital dollar would not have competitive mining but if the role of the ledger-keeper was reduced to verifying zero-knowledge proofs then any refusal to perform that verification risks indiscriminately censoring users throughout the economy. If the Treasury became corrupt, it could degrade the performance of the network system-wide, but it would be difficult to selectively block certain individuals or surveil their activities.

None of these protections, however, are guaranteed, and new technologies always present unpredictable risks and unintended consequences. We must, therefore, preserve and defend physical cash and should never celebrate its demise. Cash, along with cryptocurrencies, is essential as a payment method of last resort that cannot be surveilled or controlled by corrupt governments or unscrupulous corporations.

Corinna Budras in the FAZ:

Martin Wolf in the FT:

What can be done? … Or, the decision could be ignored. If a German court can ignore the ECJ, maybe the Bundesbank can ignore that court. … The EU could initiate an infringement proceeding against Germany. But its direct target would be the German government, which is caught between the EU organs on the one hand and the court on the other.

In the SZ, Wolfgang Janisch and Stefan Kornelius summarize an interview with one of the judges, Peter Michael Huber:

Michael Rasch in the NZZ: 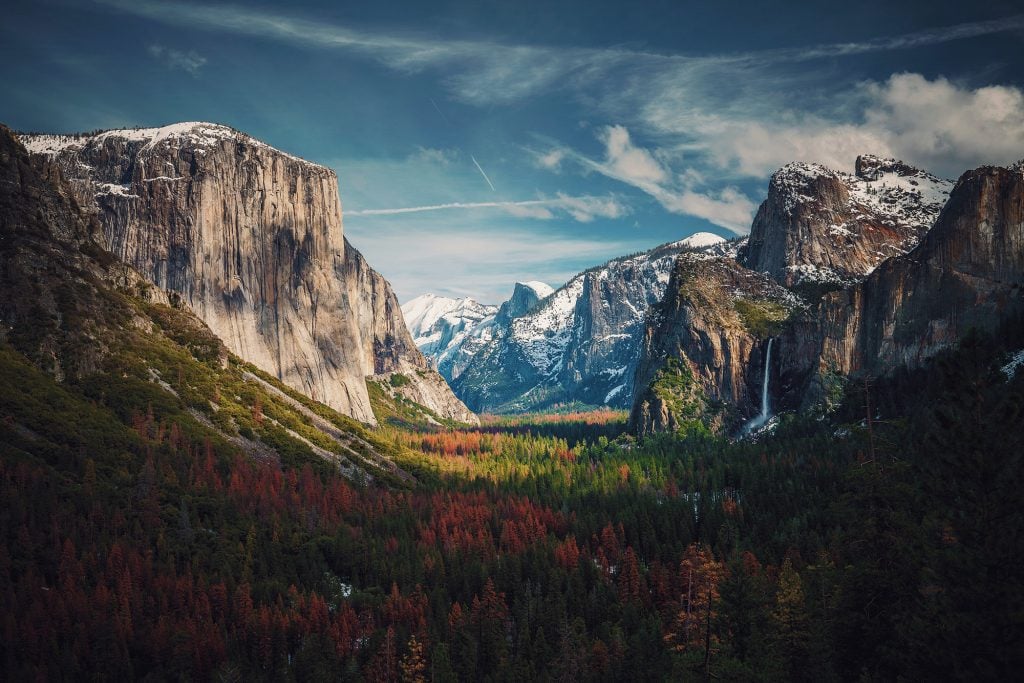 Promising to do “whatever it takes” in order to avert a bad equilibrium is very different from printing money when the problem is a lack of resources, or their distribution.

See Gilles Saint-Paul’s “Whatever it Takes.”